COLUMBUS, Ind.  — The city of Columbus recognized three firefighters for their courage in the recent rescue of an unconscious man from an apartment fire.

Lt. Rick Mullis, firefighter Eric Green and firefighter Derrick Chitwood were presented with the Columbus Fire Department Medal of Valor and commended for their actions at a recent Board of Works meeting.

“The Medal of Valor is awarded to a firefighter for performance above and beyond the call of duty at extreme personal risk and having been instrumental in rescuing and saving another person’s life,” said Chief Andy Lay. 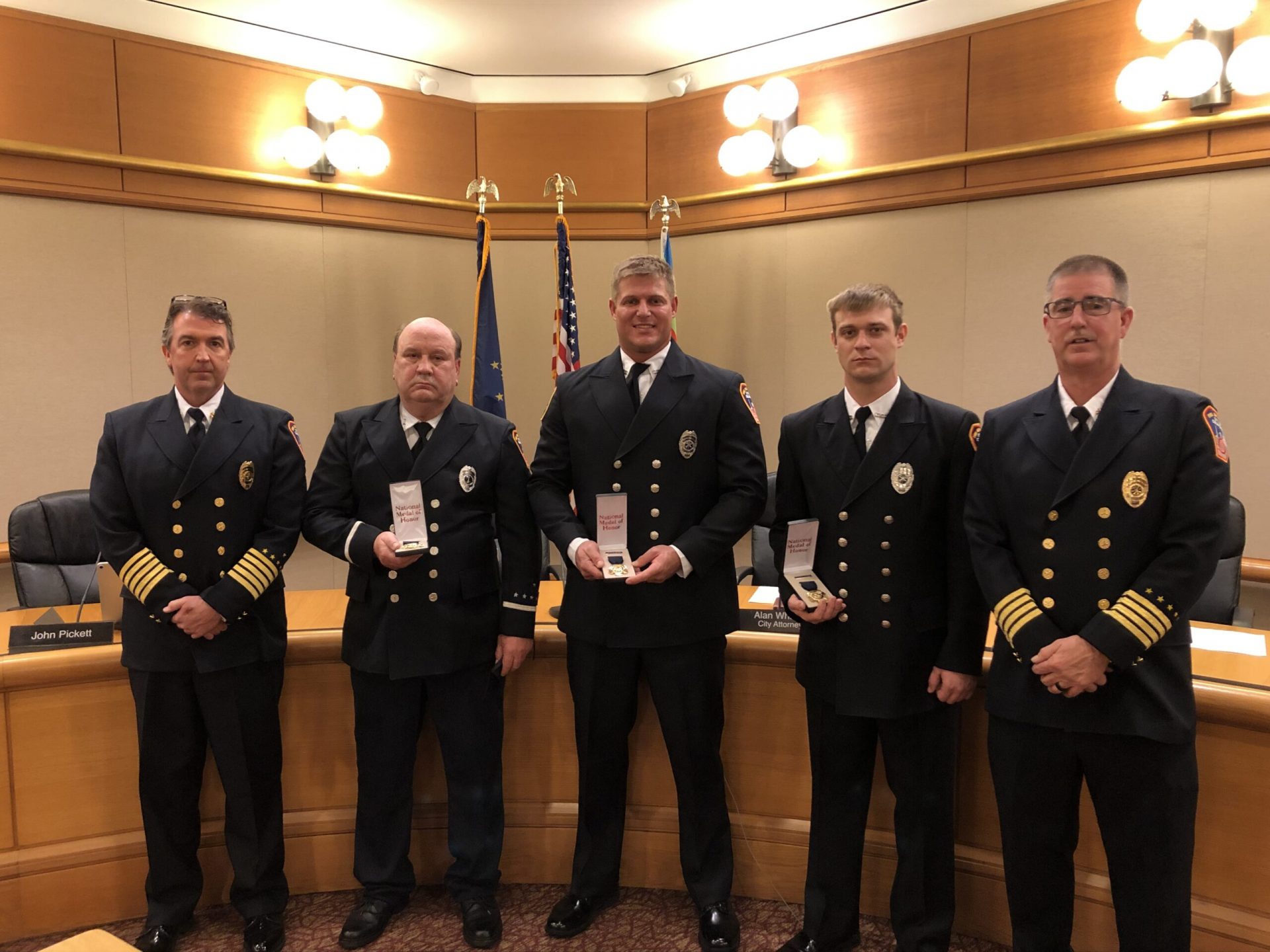 According to a CFD news release, at about 2:44 a.m. on Feb. 2, firefighters were dispatched to 2714 Williamsburg Court for a report of a structure fire. As crews responded to the scene at the Williamsburg Way apartment complex, additional reports indicated that an occupant was possibly trapped inside a basement-level apartment.

Firefighters from Engine Co #4 — staffed by Mullis, Green and Chitwood — arrived on the scene within four minutes of the dispatch and noted “an absence of visible smoke from the exterior of a multiple unit apartment building,” said Lay.

“With no additional firefighters yet on the scene, Lt. Mullis made the decision that the crew would gain entry to the apartment to execute a search for victims,” said Lay. “With great urgency, these firefighters breached the locked apartment door and proceeded to search the smoke-filled interior.”

Upon entering, the firefighters were met with heavy smoke and heat conditions. They used a hose line and thermal imaging camera to quickly find the trapped victim.

Firefighters then removed the unconscious man from the apartment and into a stairwell where a Columbus Police Officer aided firefighters in removing the man outside the building. Green — who was also tasked with operating the fire engine pump — provided patient care until additional help arrived on the scene.